Param Pujya Yogrishi Swami Ramdev Ji was born to Smt. Gulab Devi and Shri Ram Niwas in a village of Haryana. He had his early education in a village school. At the age of fourteen, he was admitted to the Gurukul at Kalwa (near Jind, Haryana), where under the blessed tutelage of Acharya Shri Baldevji, he studied Sanskrit and Yoga, and earned a postgraduate (Acharya) degree with a specialization in Sanskrit Vyakaraṇa, Yoga, Darsana, Vedas, and Upaniṣads later he was very much inspired by the life and writings of Maharṣi Dayanand Saraswati and he thoroughly studied Satyartha Prakasa, RG Vedadi Bhasya Bhumika, etc. Alongside the magnetism of Maharsi. Pantanjali as an exponent of Yoga, Sanskrit Grammar and Ayurveda continued to exert its influence on him. He has explained in detail the benefits accruing from yoga in his two popular Hindi books on the subject:

Ayurved Shiromani Acharya Balkrishna ji, a multi-faceted personality, is a famous authority on Ayurveda and a renowned medicinal plant expert. He is a companion of Swami Ramdev Ji, who is known for the Yoga Revolution in the World and a founding pillar of Patanjali Yogpeeth and Divya Yoga Mandir (Trust). He is a man who has uplifted the spiritual tradition of ancient saints.

Ayurved Shiromani Acharya Balkrishna ji is a renowned scholar and a great guide under whose guidance and leadership Ayurvedic treatment and research has touched new dimensions. Acharya Ji has got worldwide regards as an empowerer of Ayurvedic system of medicine. His efforts have significantly contributed to the social, cultural, educational, and economic aspects and the establishment of excellent standards in the domains of literature and therapy at a global level.

Keeping Nationalism, Ayurved and Yog as our pillars, we are committed to create a healthier society and country. To raise the pride and glory of the world, we are geared up to serve people by bringing the blessings of nature into their lives. With sheer dedication, scientific approach, astute planning and realism, we are poised to write a new success story for the world.

Making India an ideal place for the growth and development of Ayurveda and a prototype for the rest of the world.

PAL-PNB-RuPay have partnered to launch a Co-Branded Credit Card. Two variants of RuPay Credit Cards, i.e. RuPay Platinum and RuPay Select are proposed under this arrangement.

Along with regular features like Reward Points, Cashback, Accidental Insurance, Complimentary Lounge access, etc., of the offered card variants, the benefits extended by RuPay from time to time will also be made available under the co-brand arrangement. Customers can very soon apply for the cards through your nearest Patanjali Stores and PNB branches. 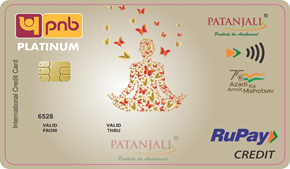 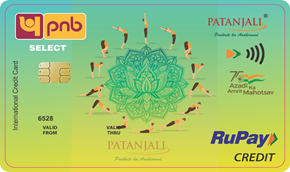 The Kripalu Bagh Ashram on the blessed land next to the holy Ganges, was built in 1932 by the scholarly erudite and God realized Param Pujya Yogrishi Swami Kripalu Dev Ji Maharaj.

Concomitant with this noble struggle, Swami Kripalu Dev Ji along with another great spiritualist Swami Shraddhanand, who was the founder of the pure and chaste Hindus traditions of the “GURUKUL KANGRI”, organized a movement of rejuvenation of Indian ancient traditions and renaissance of its glorious and hoary past whereby the country, its religion and all related aspects, covered by the gathering dust of centuries neglect, were rediscovered and extolled. It was the place where the great patriots like Sh. Rash Bihari Bose had taken shelter during their operations for freedom movements. Saint Shri Kripalu Dev Ji Maharaj was succeeded by his illustrious disciple Pujya Swami Shri Shankar Dev Ji Maharaj, well conversant with Vedic knowledge and an ardent advocate of noble human values.

Swami ji founded the Trust in 1995 along with his group of disciples; yet another Philanthropist Pujya Swami Ram Dev Ji Maharaj who has dedicated his presence to augment the haloed traditions of the trust based on selfless service and dedicated quest for excellence in education, vedic learning and promotion of nationalism; he is joined by an energetic soul with an intense spirit of service, Acharya Balkrishna Ji Maharaj, also a great spiritualist & great scholar of Ayurveda and an established name in Vedic philosophy Swami Muktanand ji Maharaj Science Graduate, Vyakaranacharya along with other disciples continue to exalt the traditions and enrich the future with what the trust had enshrined and achieved in its glorious preceding years.

Donations made to Divya Yog Mandir Trust, Patanjali Yogpeeth Trust and Bharat Swabhiman Trust can claim deductions against donations made under Section 80G of the Income Tax Act.

The 80G Certificate and the PAN details could be viewed by clicking https://www.divyayoga.com/important-downloads/